On monday we met Joan at St. Francis Xavier church where she was speaking to
the caretaker.He invited us inside to tell us the history of the church and show us
the stained glass windows,plaques,and many pictures.It was very interesting. It is
a beautiful little church.We walked on to the Mill Bay Nature Park where we saw
many recent improvements of the bridges and trails.Then we went on to an ankle
twisting barnacle beach walk for 35 to 40 minutes.We saw quite a few eagles,
jellyfish,but not the trail we wanted.Back to the park and up the two hills in the
blazing sun.Enough was enough --- I had a quick ride in a mercedes and then
seven of us took the Honda mini bus back to the church.I do wish I had taken
a picture of the two who had the "cooler"seats in the back of the bus.
At the beginning of our walk we met two fellows named Denis/Dennis.
We invited them to join us,but they declined saying they wouldn't be able to
keep up with us.( Could have been embarrassing had they joined us )
Next week monday the 19th.we will hike one of the Cowichan River trails,
Trestle 66,and Horseshoe Bend.Bring a lunch and some water.As it is a
longer drive,we may be returning later than usual.Meet at the Legion
at 9:30 a.m. See you there, V.M.
Posted by YSAG at Tuesday, July 13, 2010

Please Note: Due to the COVID 19 virus, most of our group functions have been postponed until further notice.
Maybe some activities will start up in early Sepember. 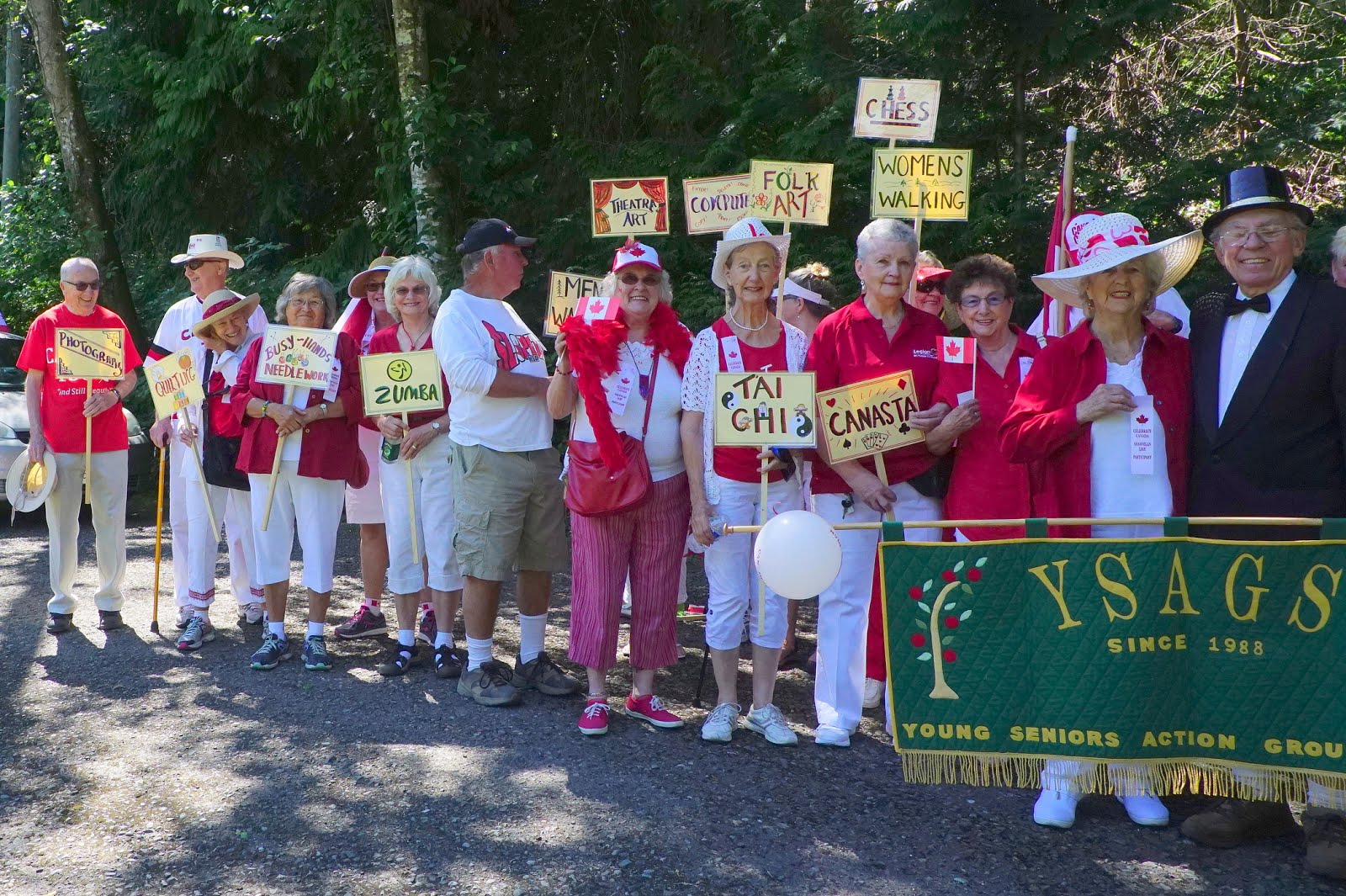 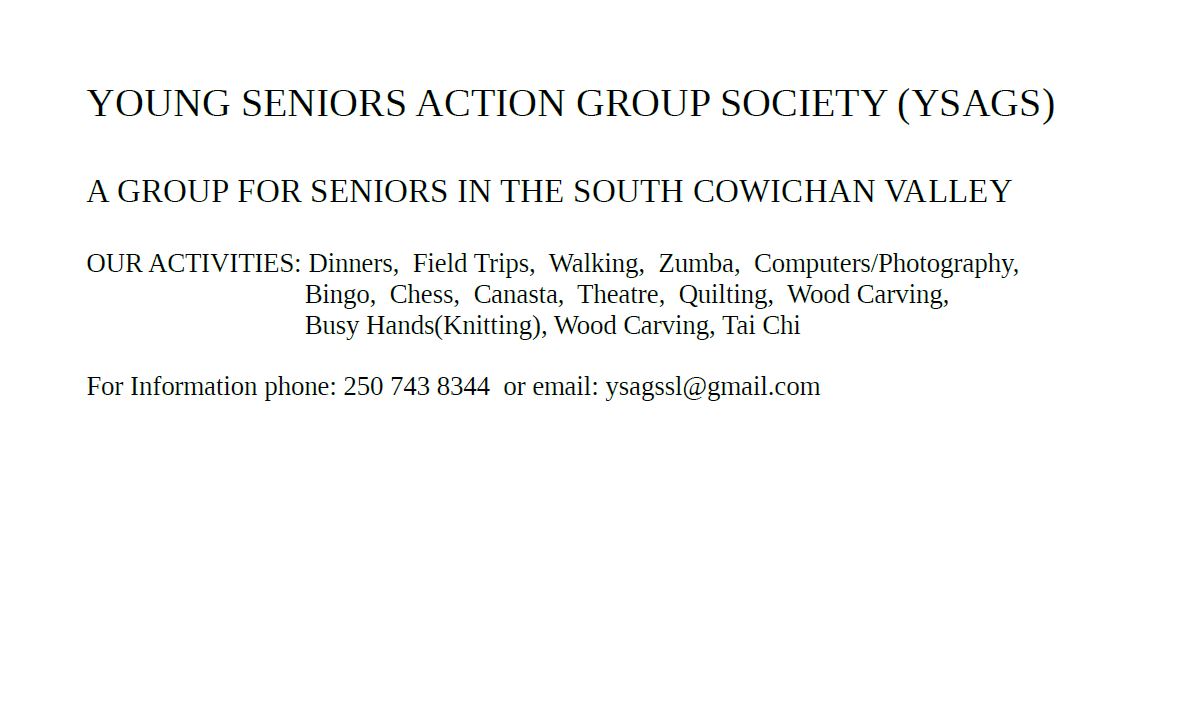 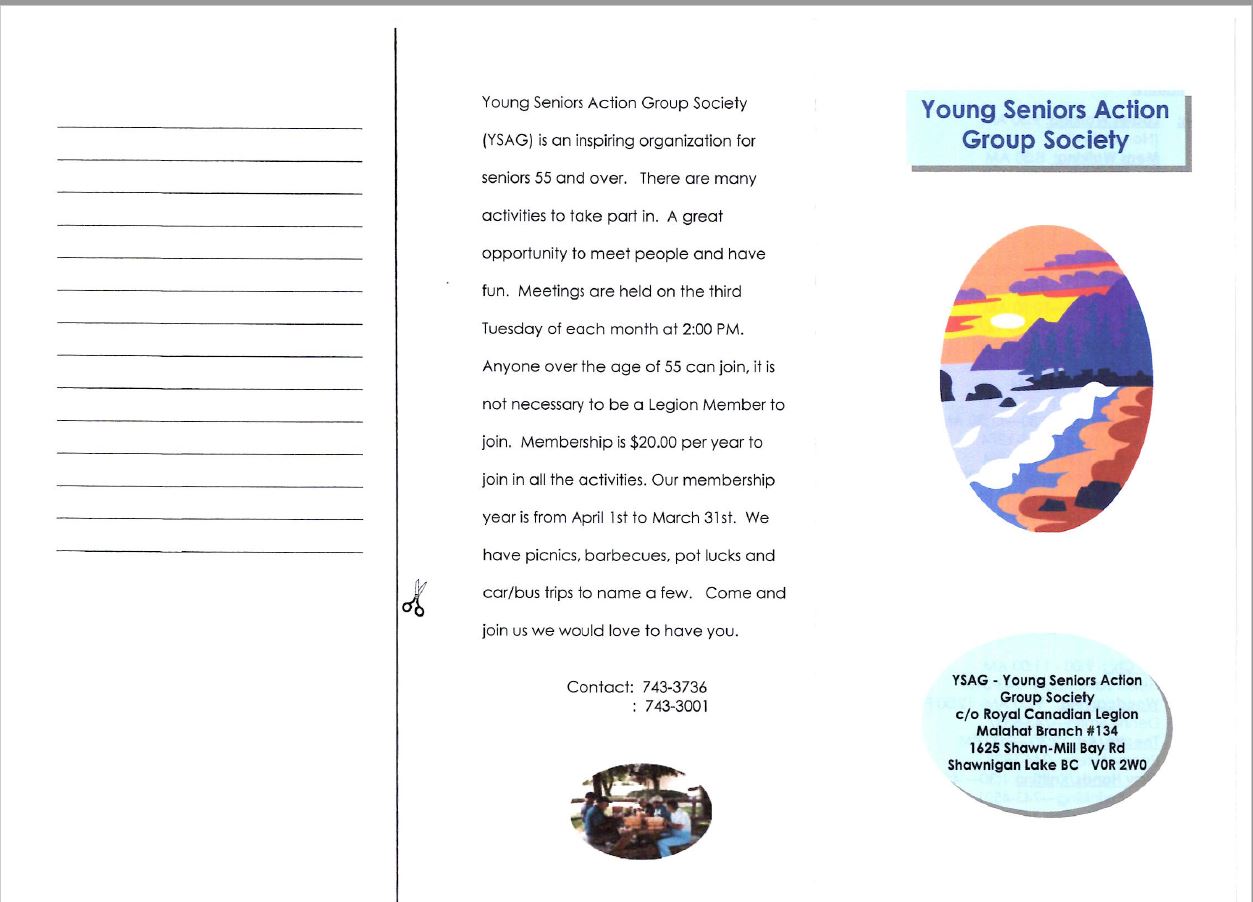 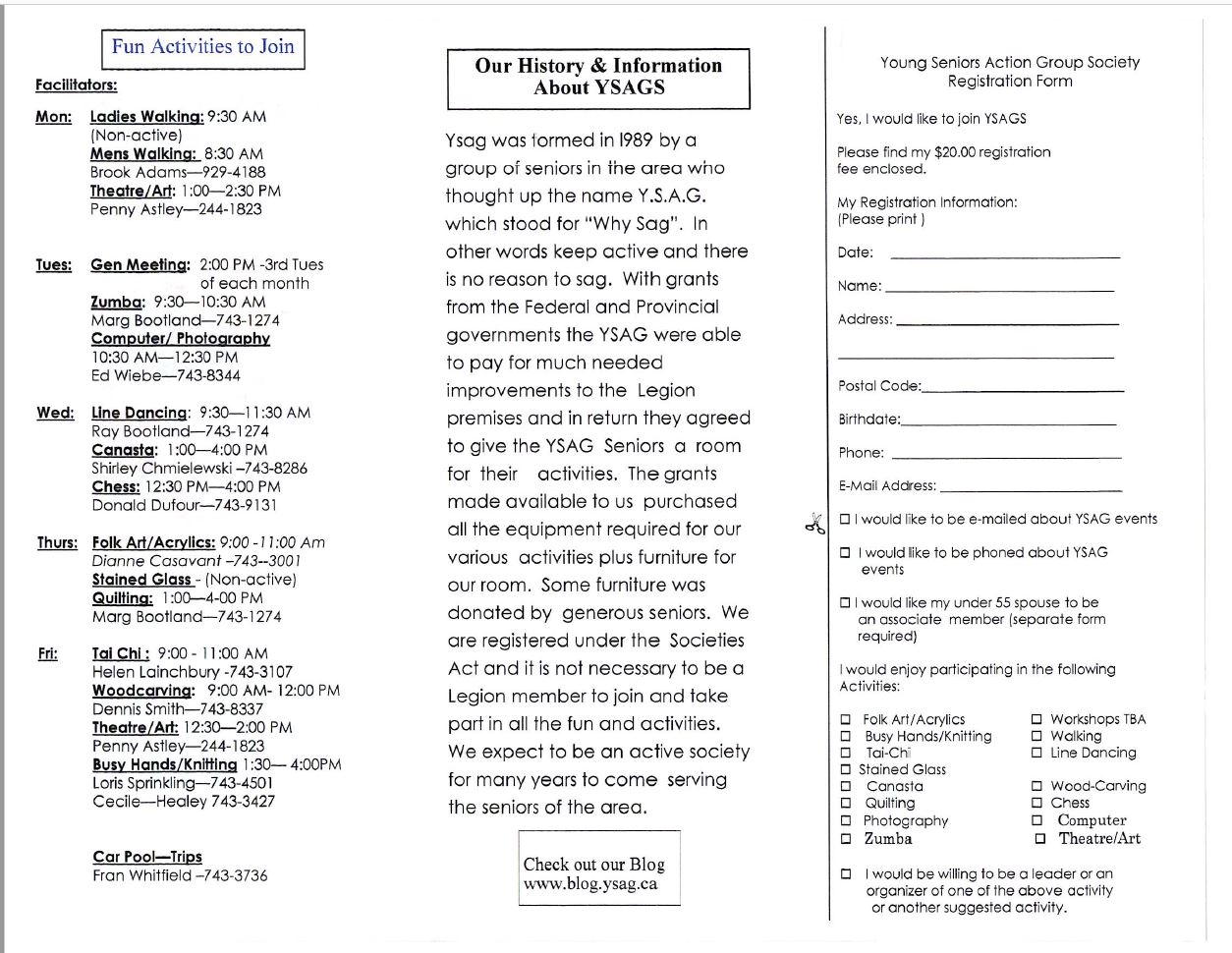